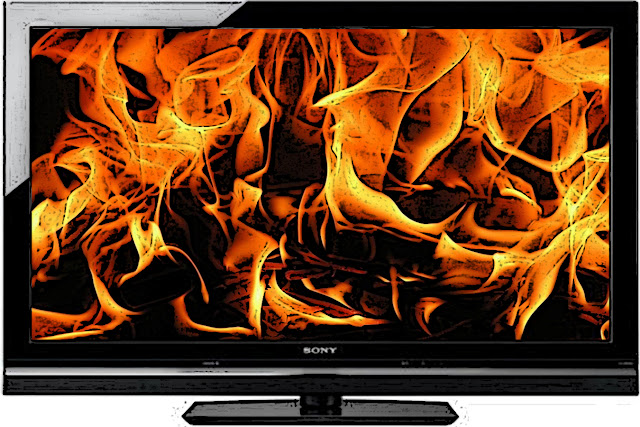 One of the problems with trying live a good life is that we don't really have a clear idea of what Heaven will be like. Heaven after all is supposed to be the reward that motivates good behavior. If we don't really have a good idea of what it is like to be in Heaven though, we can't be very motivated.
Muslims, at least the young men who are persuaded to blow themselves up in the midst of crowds of infidels, have a clearer view. If you are a young male Muslim, lacking in temporal prospects and suffused with fundamental zeal, the prospect of a jewel-encrusted, gold-plated room full of virgins is an attractive one. There is nothing in Christianity to compare with it. It sounds pretty good to me, and I've been brought up with a completely different set of religious sensibilities.
Of course Christians avail themselves of a double edged sword when it comes to motivating correct behavior. If the depictions of Heaven are lackluster, those of Hell, the place where bad behavior is punished, are altogether vivid and sinister. Eternal fire, endless searing pain punctuated by the soul wrenching taunts of Satan and his minions, seems more apt to scare us onto the straight and narrow while the nebulous rewards of Heaven hardly seem up to the task.
I've been thinking about Hell lately—wondering how much of what we think we know about it makes sense. I've spent most of my life afraid of being burned because of visions of damnation conjured up by the good Sisters of the Precious Blood who taught me my catechism in elementary school. It occurs to me though, after a little reflection, that real fire doesn't represent that much of a threat to the disembodied soul. With no skin or nerves to experience the pain, there is not much in the way of physical torment to dissuade me from my baser proclivities. Fire just isn't that scary when you're dead.
What then would make hell a truly hellish place to live? I think it would not be some externally applied direct torture like fire, or pitchfork jabs, or even water boarding, but rather something that seduces one's internal capacity for self-castigation. I think it would be to be eaten alive by a constant burning covetousness, to be forced to confront, constantly and perpetually, the joys of Heaven that you will have missed because of your moral lapses.
Confined to an uncomfortable chair, you would be forced to watch, as through a window, the daily existence of the elect, those who made it to their beatific reward. You would see their successes, marvel at the quality of their stuff, long to participate in their inexhaustible perfections. In other words it would be exactly like watching television.
Television constantly reminds me of my inadequacies and failures. There is no end on TV to the succession of beautiful people who get bucket loads of cash for little or no discernible work. They are universally better looking than me. They wear fine clothes, drive spectacular cars, live in palatial digs, and eat wonderful food without gaining weight. They engage in outrageous behavior without repercussion. They are irrepressibly optimistic and blissfully unaware. And, perhaps most telling of all, they never watch television. Think about it.
Meanwhile I wallow in toxic envy. WTF, I think to myself. How is it even possible that this dimwitted dipwad has a house that nice. Why doesn't he ever have to go to work. And if he does go to work, how come he doesn't have to do anything when he gets there? Or...she was already a nine and change when this show started. What made her think she needed breast implants, and why do all her friends think she is a better person because of them? Or...how did he ever get a woman that fascinating, and now that he has her, what would possess him to cheat on her? Or...that woman's husband gives her everything she asks for and then some. Why does she treat him like dirt, and why does he seem not to mind?
I can't stand it. It is a world without logic or consequence. Causation has fled the coop to be replaced by the gooney bird of fickle fate. Is this the real Heaven depicted on TV, or just some cruel fiction concocted to punish me for my errant aspirations?
If Hell is tailored to the individual sinner, this is exactly what my Hell would be. Even if it is not, if Hell is a universal amalgam of punishment designed to torment the lowest common denominator of sinners, I still think this is a pretty good representation of what would be an eternity of suffering for most of us. The fires of Hell are delivered over fiber optic cable through gigantic flat screen displays in the form of sitcoms, reality programming, and celebrity news. And they will burn the crap out of out of our covetous souls.
If this be so, there are only two possible conclusions for me to draw. Either there is no difference between the Hell that awaits and the life I'm already living, or I have already died, and am now enjoying the wages of my sins. Either way, I don't have a lot of incentive left to be good.
Posted by Jonah Gibson at 12:29 PM 3 comments:

Evidence I Can Write 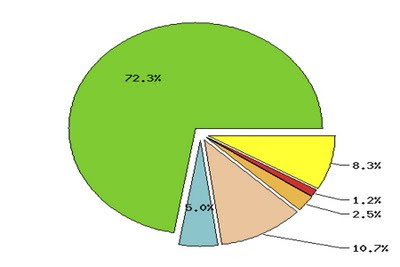 The above pie graph and legend is a statistical analysis of the time visitors spend at this blog. That 72% of you are out of here in less than 5 seconds does not surprise me at all. After all I like to write overlong essays on faith and morals, and this is not the stuff of which million hit blogs are made. On the other hand, 12% of you stay around for at least 5 minutes, which is certainly long enough to read and digest one boring post, and more than 8% of you stay longer than an hour. This suggests to me that a surprising number of you are engaged enough by my writing to read multiple entries. My guess is that you would not do this unless you enjoyed them on some level. I'm not going to speculate any further. I actually find this quite gratifying, although I do feel compelled to point out that this does not pay my utility bills. Still...

Regular readers will have noticed that I changed the subtitle of this blog from 'life on the dole' to 'life after work'. This is because I have officially changed my status from 'unemployed' to 'retired'. This actually happened some time ago, but I've still been referring to myself as unemployed because I felt the mantle of victimhood would advance the cause of this blog. Regular readers will also have noted that nothing has advanced the cause of this blog. This blog languishes in obscurity.
The change from 'unemployed' to 'retired' has not altered my circumstances one bit. I am still impoverished, uninsured, and useless. It has, however, changed attitudes, my own and those of others, in peculiar ways:
Posted by Jonah Gibson at 12:23 PM 2 comments:

One way or another, I think, most of us are trying to find an audience for our ideas. We may have different motivations, but we are striving for the same thing—someone to listen to what we have to say. Some of us want validation, reinforcement of our own self-concept, evidence that we are not as crazy as we sometimes fear. Some of us want love. Some laughter. Some of us want adulation, fame, or respect. And some of us want to get paid for distributing thoughts that are some combination of useful, provocative, beautiful, entertaining, or cool. Some of us, like me, want all these things at once in varying degrees.
There ought to be an App for that—something where you don't really have to work at it, you just tap a button on your smart phone and you get all the audience you could want. The icon would probably look something like this. 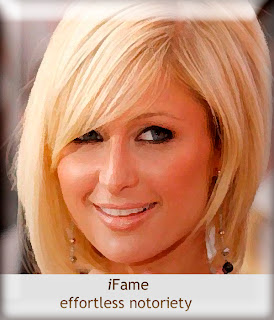