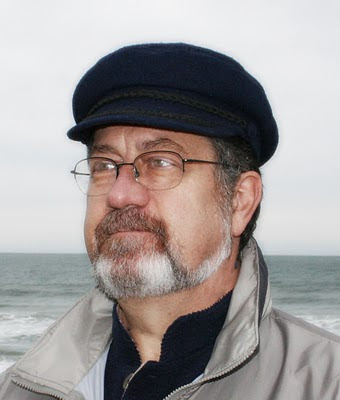 WHO AM I?
husband of one—father of three—grandfather of 5—master of 2 greyhounds—devout Roman Catholic—teller of stories—photographer—doodler—tinkerer—cook
THINGS I'M FOND OF
IN GENERAL: all of the above. I prefer the sacred to the profane, but profanity to speech that has been sanitized of its full meaning. I prefer art to politics and politics to war. I prefer quiet to music and music to noise. I prefer driving to flying, but, these days, who doesn't. I prefer red wine to white, scotch to bourbon, and martinis to almost everything else. I like my candy with nuts.
MUSIC: (in no particular order) Norah Jones, Beatles, Emmy Lou Harris, Mark Knopfler, Bela Fleck, Fleetwood Mac, Carlos Santana, Desmond Dekker, Eric Clapton, Dianna Krall, Madeleine Peyroux, Alison Krauss, Chris Isaak, Eagles, Maria Muldaur, Neville Brothers, Pink Floyd, Gato Barbieri, Cassandra Wilson, Trisha Yearwood, Shania Twain, Steely Dan, Dire Straights
BOOKS: The Pope's Rhinoceros by Lawrence Norfolk, The Sotweed Factor by John Barth, A Prayer for Owen Meany by John Irving, The Gospel According to John, The Liars' Club by Mary Karr, and everything written by Elmore Leonard, John le Carré, and Margaret Atwood. Like Tom Robbins, I've been reading James Joyce's Ulysses for 35 years. I read a little bit of it each week. I'm on page 23.
FILM: all time favorite—The Time Bandits. I don't know why. I could watch it again right after seeing it. I would be watching it now if it were on. (I just checked. It's not.) I love the classic films of the 30s and 40s—the ones that feature a “gowns by” credit in the opening titles and all the men dress in white tie and tails to go clubbing. Luciana Pedraza speaks my favorite movie line of all time in a little gem of a film made in 2002 called Assassination Tango. She plays a thirty-something single mother in Argentina where Robert Duvall has come to kill a retired general. Duval, her husband in real life but taking tango lessons from her in the movie, asks her, “If I were thirty years younger, would I have a chance with you?” She replies, “You have a chance now.” I don't think it gets any better than that. Best script ever: Casablanca, written on the fly while they were shooting the movie—putting the 'labor' in collaboration.
TV: I watch a lot, certainly more than I should. Standouts for me over the years have been The Burns and Allen Show, Your Show of Shows, Yancy Derringer, 77 Sunset Strip, Rocky and Bullwinkle, Hogan's Heros, The Smothers Brothers, Saturday Night Live, Barney Miller, Taxi, The Cosby Show, The Bob Newhart Show, Cheers, Seinfeld, Ally McBeal, Newhart, Murphy Brown, Friends, The Sopranos, Curb Your Enthusiasm, Californication, and Weeds.
STUFF I BELIEVE
The God of Abraham created the universe and everything in it. In His time it took no time at all. In our time it probably took a lot longer than seven days.
If you believe that the universe and everything in it, leading up to and including you, is the result of a peculiar set of accidents, I'm okay with that. But, If you also maintain that there are no miracles, then I have to say that I think you're a little crazy.


Here is how I see the essential difference between the explanations of creation offered by religion and science:
Religion - In the beginning there was nothing but God. Then God created the  heavens and the earth and everything in them.
Science - (Synopsis of the Big Bang Theory, which should not be confused with the television sitcom of the same name) In the beginning there was nothing. Then it exploded.


I believe that Jesus died for your sins and mine. I believe that, because He did this, Jesus expects us to do something in return. I'll leave it to you to figure out what that is. It's different for all of us. I also believe that Jesus expects us not to do some things, and that chief among the things that we should not do is judging the people that He died to save. That is everybody. That includes you. This is a hard thing. If it were easy He would not have had to save us in the first place. Think about it.
I think fiction is often truer than reality, and art more reasonable than philosophy. I think science confirms faith in ways only a poet can understand.
I believe that, at a minimum, I should leave the world in a better state than I found it. It's okay to fail at this, but it's not okay not to try.
WHY SHOULD YOU CARE?
I suppose knowing all the stuff that I like and believe in tells you something about me, but I'm not sure it's anything you need to know. All you can glean from most of it is that I'm probably older than you. That's not enough to form any kind of value judgment. If you are yourself familiar with some of the things I like, then perhaps that will inform your opinion about what I have to say about the fools and charlatans who made my 40 odd years of working all for naught. Maybe not.
Besides all the things listed above I am also an unemployed accountant. I lost my job on September 5, 2008, and I've not found another since. The week after I lost my job Lehman Brothers, the investment bank, imploded. Its fragile veneer of respectability could no longer contain the vacuum within. The eroded value of its assets and the paucity of its moral standing had sucked out its heart. If other banks on Wall Street were better off, it was only marginally so. The whole system was poised for collapse, and only quick, and largely self-serving, action by a handful of pirates in charcoal suits saved us from ruin. Well they saved themselves at any rate...and the system that made them titans of finance. The rest of us didn't fare so well, but then we weren't doing all that well before so it really didn't make a lot of difference.
Lehman was allowed to fail. Its bankruptcy was a warning shot fired over the bow of a frightened Congress, calculated to get our legislators to heave to and allow the pirates to board. The pirates came away with TARP—the moral equivalent of the keys to the kingdom. Two years later none of the stuff that was deemed to be broken, the poverty of regulations and the systemic failures that got us into the mess in the first place, have been fixed. Wall Street is back at work creating value and wealth for itself. The rest of us are still trying to crawl out of the smoking ruins they have left us. Some 15 million of us, myself included, are decidedly not back to work, not creating value and wealth, and not very hopeful about our prospects.
I may be a unique individual with my own DNA and my own singular blend of talents, foibles, proclivities and weaknesses, but in many ways my story is the story of us all. I offer it here for two reasons. First, I need to make something else out of the wreckage that used to be me. I need to reconcile the stuff above that constitutes who I am with the stuff I do to make a living. I need to get paid for doing something that makes me happy, and I need to be happy doing something that makes my world a better place. Second, so do you. I'd like to help you get there—just as soon as I figure out how. This blog is a journey of discovery wherein I aim, although perhaps aimlessly, to do just that.

Comments are always welcome. Tell me what you like and what you don't. Information, encouragement, criticism--I don't care. A day where I don't learn something new is a day lost to me.