Let's talk about the federal deficit. Everybody seems to agree that it is a bugaboo, but no one is willing to give up anything to make it go away. Barack Obama said we need to do something about it back in 2006 while George W. Bush was spending us into oblivion. Now that Obama is president the deficit has soared to unprecedented heights...at least if you believe this graphic that has been circulating the Net:

The anti-Obama forces love this because it paints a picture of our president as not only a profligate spender but one who is unnaturally and, as the picture seems to evidence, smugly happy about it. Those more amenable to the President are not that happy with it because, among other things, it's not very accurate. The math doesn't work, and it leaves a lot of useful information on the editing room floor.
The amount of federal public debt handed over to the new administration at the end of George W. Bush's term was $10.7 Trillion. Of that, $6.3 Trillion was owed to the public and $4.4 Trillion was owed to other U.S. government agencies. The total public debt increased under the Bush administration from $5.7 Trillion in 2001 to $10.7 Trillion in December of 2008. As of February of this year (2012) the total public debt stood at $15.5 Trillion, an increase, so far, of $4.8 Trillion.
The Office of Management and the Budget (OMB) estimates that by the end of fiscal 2012 the gross federal debt will stand at $16.3 Trillion. This represents an increase of $5.6 Trillion, not the $6.5 Trillion depicted in the graphic.
The other problem, of course, is that if you're going to hold Obama responsible for running up the deficit with extravagant spending, then he better have bought something truly ridiculous. Here's a nice graph of where all that new deficit came from since Obama took office:

So except for Tarp, the bailouts, and the stimulus spending, which together total about $1.5 Trillion, none of the deficit spending was initiated by Barack Obama. It all came from programs, policies, and two wars in place before he took office.
Here's another telling chart, this one from the July 23, 2011 edition of the New York Times Sunday Review, and based on data from the Congressional Budget Office and the Center on Budget and Policy Priorities. It is 'intellectual' as opposed to 'partisan.' That is, it does not spin blame, but rather pins spending to the origin of the policies that drive it.

To me this shows the utter dishonesty of Republicans who cry about the deficits while refusing to acknowledge that the single most influential driver of deficit spending that has occurred during Obama's presidency is the Bush tax cuts. Not only do they refuse to acknowledge this indisputable fact, they want to add to the problem with even deeper tax cuts.
It doesn't make any sense to me that Mitt Romney and the Republicans hope to make their narrative stick, but stick it does in spite of the fact that it is a BALD-FACED-LIE. They are no longer accountable to the facts. Apparently they don't have to be.
They know hardly anyone will bother to check on the truthfulness of their assertions. There are too many facts to check, and it's too hard to separate the truth from the fiction. All a politician need do is keep repeating the story he wants to tell. When he's said it often enough it becomes true enough for the faithful who, after all, only believe what they want to believe.
Does anybody besides me long for the days when you could call a guy a liar, lay out the facts, and he'd be embarrassed by the dishonesty? Now the facts are just words streaming in the ether without effect or import.
Posted by Jonah Gibson at 1:33 PM No comments: Links to this post 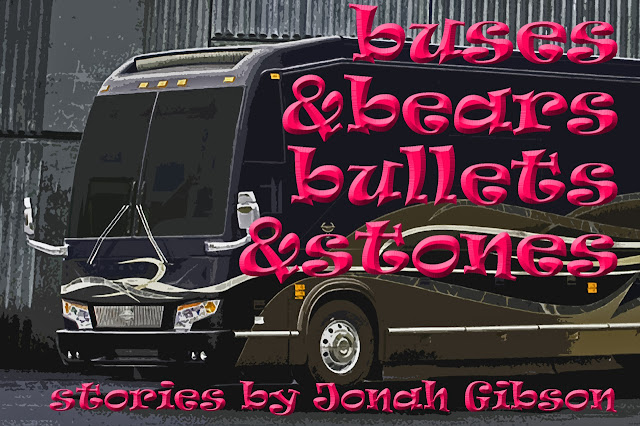 Posted by Jonah Gibson at 1:05 PM 2 comments: Links to this post

Tales of Woe on Multiple Fronts

None of this is helping my depression very much. How about yours?
Posted by Jonah Gibson at 11:12 AM 1 comment: Links to this post